We are happy to announce that Valor Properties are bringing newly developed properties for sale in the up-and-coming city of Bradford.

Card House is part of the conversion of a grade II listed building excellently located between the outer Bradford residential suburbs and the Airedale towns and villages of Shipley, Cottingley, and Bingley. The picturesque location offers transport links to Bradford and Leeds city centers, making it attractive to tenants looking to easily commute to the city.

The conversion will create 144 apartments over four floors, including 27 studio apartments, 105 one-bedroom apartments, and 12 two-bedroom apartments. All properties in the new Card House development provide larger than average living spaces, enhanced by the excellent use of natural and electrical lighting, which makes them light and airy.

From past to present, there’s plenty to love about Bradford and the enchanting local villages.

A vibrant, up-and-coming city in West Yorkshire, Bradford has experienced significant growth over the last 10 years, making Card House one of several major developments in the city. On top of its ongoing growth, Bradford boasts a young and diverse population, as more and more people move to the city. These factors combined, make new developments like Card House, excellent property investment opportunities.

Bradford’s economy is valued at 9.8bnm making it the eleventh biggest economy in England, and third largest in the Yorkshire region. As the city grows, so does its property market. Prices have increased by over 23% in the last decade and yet remain under the national average. It is predicted that house prices in Yorkshire and The Humber will rise by 28.2% in the next 5 years.

Throughout the 19th century, Bradford grew as an international focal point of the textile industry and became renowned as the wool capital of the world. As the industry grew, so did the city and its population.

Many historical sights and tourist attractions in Bradford today have connections to its industrial past. The village of Saltaire was founded by Sir Titus Salt in the nineteenth century as a model village, to relocate Salt’s business and create better living conditions for his workers and escape the city’s pollution. The village’s Mill, completed in 1853, employed close to 3000 workers and could produce 30,000 yards of textile per day. Since 2001, Saltaire is part of the UNESCO World Heritage List.

Another local attraction is the village of Haworth, famed as the home of the Brontë sisters, where literary fans can visit the beautifully preserved museum and former home of the Brontë family. But Haworth’s attraction is not all in the past, in 2002 it became the world’s first Fairtrade Village and is currently home to a growing number of independent businesses and initiatives.

Why invest in Card House properties?

The purchase price for Card House properties is £120,000. Contact us today for more information. 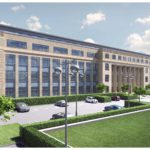 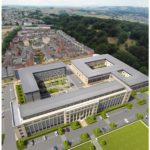 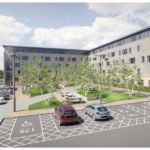 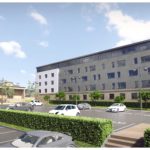 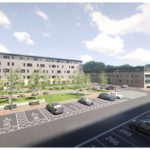